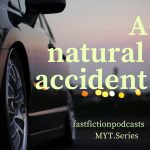 Written by Breanda Cross, Dramatised by A. Nunn

Our recent podcast certainly makes you think.  Here in Australia most of us abhor the idea of gun violence, or even the casual way Americans seem to take their natural right for gun ownership. Yet every day we drive cars with as little thought.  Not realizing that it is as much a death weapon as a gun.

A natural accident is a thriller. We open up inside the mind of a man who knows exactly what use he will put his car to, and the results he expects. But will they be the same? Wotif…?

Note: Update March 2010. In the year since this podcast was released we have had a constant deluge of mass shootings in the USA and terrorist killings all over the world. And yes, carnage on the road.

It certainly makes you think, doesn’t it?

And now for something completely different…. 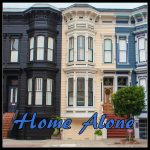 Home Alone is a crime story. and while custard may not be the actual murder weapon it features quite prominently in this short and sharp story.

And yes, the 1990 movie Home Alone was inspirational to the story