Time Gentlemen Please: This story is not really about time, or even Rolex.

There was always an irony in the fact that a Rolex watch was often given to retirees after a lifetime of service to a company. At the very time in his life when time is of far less importance.  Even so, in some ways, the watch would represent a man’s life.  The Rolex itself, prized for its accuracy, also represents the highest level of achievement.

So why not listen to the story and decide yourself?

The Honourable Thing: While this new episode of fastfictionpodcasts is most certainly a contender for TheSpouseTrapSeries, it may well fit into another series – but we leave you to decide. It covers quite a few marital issues – with a surprising outcome that seems to solve them.  Even more surprisingly, perhaps, it is true – well mostly!

One definition of Synergy is the creation of a whole that is greater than the simple sum of its parts. The term synergy comes from the Attic Greek word meaning “working together”.In the garden Synergy is the growing of compatible plants together to produce a better outcome. However this story is NOT about gardening.

We meet an ageing spinster on one ‘dark stormy night’ which changes her life. It could comfortably fit into our CrimeWithoutGrime series, but it is hoped that some of the things covered will also MakeYouThink.  Enjoy. 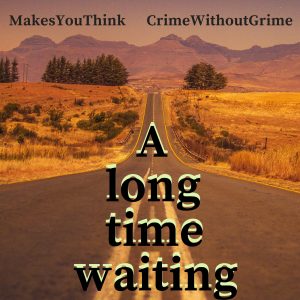 It is based on not one but many true stories that began their genesis soon after the second World War.

The United Kingdom struggled to overcome the devastation caused by bombing when thousands of families lost their homes. Children lost parents, and all lost some part of their identity.

During the next fifteen years it is estimated that nearly 150,000 children aged 4 to 14 were rounded up as part of the child migrant scheme. Over 7,000 orphans and children from disadvantaged homes were sent to Australia in order to enjoy a “better life.”  In other cases, the parents – many of them single mothers  were forced to give up their child for adoption. This was due to poverty or social stigma, with the assumption of neglect. Parents and children were encouraged to believe they were going to  better life. Parents were told their children had a better chance in life. Yet few had details of where their offspring were sent.

The reality, for some of those children, was a  childhood of servitude and hard labor. They were sent to foster homes: on remote farms, at state-run orphanages and church-run institutions. They were often separated from siblings. Some were subjected to physical and sexual abuse.

In 1987 the English social social worker Margaret Humphreys learnt of the truth of this program and let the world know. In 2010 the film Oranges and Sunshine starring Emily Watson was released, and became a triumph in the box office. However it is only now that the children, all now in their seventies and eighties are being recognized as victims and compensation considered.

A long time waiting is a complex story which sits comfortably in the CrimeWithoutGrime, MakesYouThink and even TheSpousetTrap series.

Today is the Australian National Apology Day for all those young children, mostly between 6- 14 years, who were shipped out from England after WW2 on the premise they would have a better life.  While a good many were orphans, there were also a good many who were simply disadvantaged by having a single working mother whose care was automatically questioned. At best the children were losing possibly their only living relative, at worst they were used as child labour, and possibly physical and mental abuse.

Not only was this a cruel project, it was insidious in its cover of being a kindly act. The parents and children alike had their lives ruined, and these wasted lives have long been forgotten. So, as our story A Long Time Waiting infers,  this National Apology Day has been A Long Time Coming.

While this story is one of fiction, it is based on first hand knowledge of true events.  And so, while it may not be a story you Enjoy, we hope it Makes You Think.

While we cannot go back into the past, we can ensure that we do not take those mistakes into the future.

It is said that old age is not for wimps, but the alternative is equally unappealing. So the only thing to do is adopt a positive attitude, gather your resources, and make the most of what you have. This is what Mildred Peebles did, with surprising results.

The Russian Samova covers many modern issues within its 13 minutes of air play.  Family relationships, old age isolation, loneliness, friendship – all of these elements are touched on briefly.  The original story was actually used as a teaching tool for students in social and welfare studies.  Their focus was elder abuse.  That may be a little strong but you may like to make your own comments.

Oh, and by the way, as you can see they are a form of teapot, and found in various forms all over the Middle East. They come in many shapes and sizes, but for the most part are not only intriguing, but can be very beautiful in design as well. A quick look in Google Images will give you some idea of the diversity.

First – an admission. This was written quite a long time ago. In fact the internet was not the friend or monster it is nowadays. Even so, while the age of the son (or daughter) may be a year or so younger, there is every likelihood mothers still undergo many of the same agonies experienced in this little monologue.

Over the last four weeks we have submitted four podcasts out into cyberspace, and although by some standards our subscribers are still small, it is a list that is steadily growing.

With the dawning of a new month we will be making a few changes.  First the logo will change. It will be simpler and more appropriate to the many platforms on which our podcasts may be found.  Your comments and reviews are still welcome, especially the nice one.  And of course we would love you to like our new look facebook page,

Listed below are the four podcasts released during the last month.

As you can see from the covers there is a good deal of variety in the stories although all fit the Crime genre.   Night Fever is a cityscape of a lonely woman, possible unrequited love, and a horrendous conclusion.  While Touche (Tooshay –when an adversary wins an argument) is also set in a city, with an equally horrendous end, our key player is a different type of protagonist, and hopefully considered a likable rogue.  Guest House Ghost Story has created quite a stir with comments, as well as quite a few people from  overseas taking up the suggestion to use it as an English learning platform.  And finally, our last release, The hand, a complex murder/manslaughter/mystery – with the inevitable twist.

A BIG thankyou to those subscribers who have been with us since the beginning of our twelve week journey. And a BIG welcome to those of you who have found us more recently. And a BIG ask that you help us spread the word.

The Hand: It is difficult to say much about this complex story without giving the plot away.

Neighbours know each other in ways that are more intimate than families, and the garden fence is no boundary to borrowing or sharing personal items, or even one’s life.

Written and Narrated by Breanda Cross

A couple of young girls miss their train on a dark night and find themselves in an isolated guest house. It has all the components of  a scary story, and here’s hoping it delivers.

There are many ghost houses that come to mind, especially if you love movies.  Psycho is the obvious choice, even now, some 55 years since it was released.  It even has its own fan club. GHGH certainly isn’t in that class. But it did begin its life 30 years ago, when caught out late at night, I stayed in a nearly empty guest house right by the railroad in Tentafield, The landlord could well have been cast as Riff Raff in the Rocky Horror  Picture Show some few years later, and things certainly went “bump in the night’,  all night, along with sliding beds, rats in the rafters, and lights going on and off for no reason.  And of course, the entire house shook every time a train went past.

Note  If you want to have some fun with your own GHGH, please ask for the script, and we will be happy to send it to you.

Touche: Our latest podcast introduces Tom, an old busker, much the same as found in any capital city. We pass them every day in busy malls, or streets, sometimes briefly aware of their jaunty tunes, and even more rare, drop a few coins in a hat or music case.

Our busker Tom is a blind old English ten pound pommy, and of course he is always accompanied by his faithful companion Patch.  Over the years he has become street smart and encourages passers by to part with a few donations by playing the saxophone.  This story may stay with you long after the lights are out. And why is the story called Touche, well, listen in and find out.